Director Of the Office Of Engineering Education at Kuwait University

Dr. Mutawa volunteered to design and implement a complete system that helps resolve student registration conflicts at Kuwait University while studying at college (1991) and earned his B.Sc. Degree in Computer Engineering from Kuwait University (1994) and his M.S. and Ph.D. degrees in Computer Science from Syracuse University, U.S.A. (1999) in the field of Artificial Intelligence. Dr. Mutawa decided to continue his career in the field of education, better to serve ICT and to contribute to the community .

As a faculty member in the Computer Engineering Department at Kuwait University (1999-present), he has conducted more than 70 workshops covering topics related to using ICT in classrooms, as well as advanced topics in e-learning, self development, and communication skills, and provided many radio, television, and public seminars to increase public awareness regarding ICT in education.

Dr. Mutawa won the first and third prizes in the Word Summit Award Best in E-Content and Creativity (2009-2010) organized by G@ID -United Nations and organized by KFAS, for i-Tarteel (Mobile Education) and Amthal (E-Culture), respectively. Dr. Mutawa is the Award Winner of the GCC Award of excellence of e-course 2013 and 2015 (http://gccaward.uob.edu.bh) Dr. Mutawa served as a Director of the Office of Engineering Education at the College of Engineering and Petroleum Kuwait University from 2004-2012, and as Assistant Vice President for academic services for computer systems and distant learning from 2012-2014 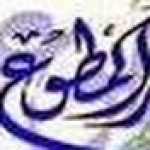 الدورات الخاصة ( one to one )